These are some of my favorite books listed in no particular order. Click on the images to learn more about these books or purchase copies for yourself.

Paul’s Divine Christology is the most important work in the field of Pauline studies to have come along in the last 30 years and probably the best volume on Christology ever written. Chris Tilling explores the entirety of Paul’s undisputed letters (rather than myopically focusing on a few “key” texts) and discerns a pattern that Paul himself would have arguably recognized; namely the relational pattern of the risen Christ to believers, which has as it’s only analogy the relationship between the God of Israel and his covenant people. This volume is intelligently written; persuasively argued; full of responsible exegesis; and truly an original and seminal contribution to its field.

This is as complete a book as you’re going to find on the Trinity in 500 pages. Robert Letham covers all the bases from the doctrine’s foundation in Scripture to its development in the early church through the Reformation and modern era while offering insightful critiques along the way. But Letham offers more than description and critique; he offers a constructive appraisal for what we, as believers, should actually do with the Trinity—worship it! It’s not enough to know about the mystery of the Trinity if you’re not led into worship. I highly recommend this volume to anyone who has a grasp of the basics of Trinitarian theology and is ready for a little more meat.

The Deep Things of God: How the Trinity Changes Everything by Fred Sanders is one of the finest treatments—if not the finest treatment—of Trinitarian epistemology in print. With unmatched wit and insight Sanders is able to show readers how they’ve probably believed more about the Trinity than they ever realized (simply by detailing the trinitarian shape of the very evangel = gospel itself!) and just why that matters. He also introduces unsuspecting readers to Evangelicalism’s rich Trinitarian heritage, which is often eclipsed by other Evangelical emphases. If you’re deciding between this book and another, whatever that book might be, I’d say choose this one; you won’t be disappointed!

The study of early Christology used to focus on the titles of Christ in the New Testament. It seemed that every book on the subject had something to say about Jesus being called Lord, Messiah, Lamb, etc. Recognizing that the study of titles can only take us so far, Larry Hurtado has focused on another area, i.e., early Christian devotional practices. His study moves beyond the rhetoric of the printed page and into the actual real life practices of the early church. He shows how Jesus was the co-recipient of worship with God in a way that the earliest believers didn’t feel violated the monotheistic scruples of Second Temple Judaism. In fact, they saw devotion to Christ as obedience to God.

J. N. D. Kelly is largely responsible for my love of early Church history and Patristic theology and it was this book that was the catalyst. Early Christian Doctrines is perhaps the best single-volume work on the subject to be written in the past century. Kelly comprehensively, even if not exhaustively, covers the most important matters of theology while masterfully describing the course of events and the major theological players that were significant in the formation of Christian dogma. This is a wonderful example of how historical theology should be done and I gladly recommend it to everyone interested in knowing how they’re beliefs came to be.

New Testament scholars are all too ready to admit that John’s Gospel shows a preexistent Christology (some even admit it of Paul’s letters) but not too many are willing to admit the same of the Synoptic Gospels. If someone does see preexistence in the Synoptics then they’re generally accused of reading later Christian theology into the texts or of reading them through Johannine lenses. Drawing from ancient Jewish literature as well as the NT, Simon Gathercole mounts a persuasive exegetical argument for preexistence in the Synoptics based on Jesus’ “I have come” statements. This important volume has significant implications for modern discussions on ancient Christology.

This is not light reading in any sense of the term. This book weighed heavily on my mind and forced me to think harder than anything I’ve read in the past decade. It challenged me in important ways and provoked me to take up a more creative reading of Scripture, and literature in general. As I said in my review of this book, “This is a book for people who read the Bible, but not just for people who read the Bible, or people who just read the Bible.” Leithart challenges the methods laid out in most modern textbooks on hermeneutics and thank God he does it! His is a return to premodern exegetical techniques but it’s timely and welcomed. If you only read one book on hermeneutics then let this be it!

There are very few books that I’ve read in a single sitting. This is one of those few. I know it seems strange that someone with an interest in academic theology and Biblical studies would count a book like this among his favorites, but Smith Wigglesworth on Spiritual Gifts changed my life for the better. Wigglesworth was an extremist by most people’s (even Christians’) standards yet he was amazingly balanced in his view on the gifts of the Spirit. His reverence for God and desire for the body of Christ’s edification is evident on every page of this book. I highly recommend this to zealous Charismatics and skeptical non-Charismatics. What it lacks in scholarship it more than makes up for in spirit.

I’ve read dozens of books on Christology. This book does an amazing job at distilling the best of information found in most of those volumes while making significant and original contributions in its own right. As a teaching tool there is no better book on the subject than this. Ed Komoszewski and Rob Bowman’s HANDS acronym is genius! Throughout five sections they present a compelling case for the deity of Christ based on his sharing God’s Honors, Attributes, Names, Deeds, and Seat. This book is valuable for personal use or group studies, in fact, I taught a 6 week course based on the material in this volume and it was a blessing for the entire church! 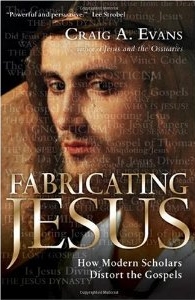 Craig A. Evans is a careful scholar of the highest caliber. This makes it somewhat surprising that he was able to write such a readable volume geared towards laymen. Fabricating Jesus debunks a lot of the sensational claims about the Historical Jesus by liberals and skeptics alike but Evans isn’t concerned with the conservative/moderate vs. liberal debate; he’s concerned with historical accuracy and truth. This work is definitely apologetic—and unapologetically so—Jesus is worth defending! Evans’ cautious approach to historical inquiry is a model for us all. I’d recommend this books to believers and unbelievers at any level of study. It’s a nice distillation of some of Evans’ more scholarly material.

In this short volume Dünzl certainly accomplished what he set out to do in providing readers with exactly what the title promises, a brief history of the doctrine of the Trinity in the early Church. This work is by no means exhaustive yet the reader will not feel the least bit slighted after having completed it, on the contrary, they will be hungry for more. Designed to serve as an introduction to more in-depth works such as R.P.C. Hanson’s The Search for the Christian Doctrine of God or Rowan Williams’ Arius: Heresy and Tradition, Dünzl provides us with an exciting recounting of the Nicene era of Church history. Anyone looking to get their feet wet in this subject will do well to begin with this book.
. 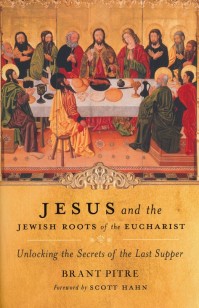 Jesus and the Jewish Roots of the Eucharist is a perfect example of how to do Biblical theology for a popular audience. I mentioned above that there aren’t many books I’ve read in a single sitting, well, this is another one of the few. Pitre takes the reader on a journey through the OT, the NT, and other early Jewish literature in order to show that the Christian celebration of the Eucharist has a solid foundation in Jewish tradition. Pitre’s arguments will find the most favor among Catholic readers, but if it does nothing else for non-Catholics, it will at least show them that there might be more to the real presence of Jesus in the elements of communion than they initially thought.

I have yet to come across a book that does as good of a job at introducing complex subject matter in the most accessible way possible as Michael Reeves’ Delighting in the Trinity: An Introduction to the Christian Faith. Reeves’ treatment of the Trinity is really an exposition of 1 John 4:8, which states that “God is love,” and it’s a fine one at that. Reeves’ tone is conversational; his wit and humor apparent; but most importantly, his love for the Trinity is written all over every page; he’s an evangelist and an apologist in the best senses of each word. I’d love to get this into the hands of every person interested in the Christian faith, which has the Holy Trinity at its center.

I’m often asked to recommend books on the doctrine of the Trinity. For those who have some familiarity with the doctrine I almost always recommend Letham’s The Holy Trinity; for those with no familiarity I almost always recommend Gerald O’Collins’ The Tripersonal God: Understanding and Interpreting the Trinity. O’Collins covers all of the ground necessary to acquaint the reader with the doctrine and move them into further study. He moves from Scripture to history to modern theological thinking and he does so effortlessly. O’Collins has two things going for him: (1) an ability to simplify complex subjects without losing their force or importance; (2) he writes well.